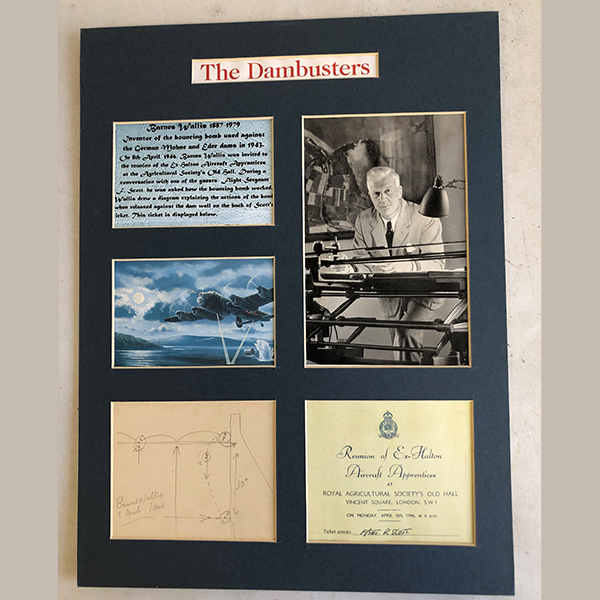 Sketch by Bouncing Bomb inventor set to ‘blow away’ bidders…

A sketch by the hand of Sir Barnes Neville Wallis, inventor of the legendary ‘Bouncing Bomb’ (of Dambusters fame) which changed the course of WWII, is expected to get bidders hot under the collar when it goes under the hammer next week.
The sketch, depicting in diagram form how the bomb worked and signed and dated 8 April 1946, is one of a several of lots linked to Barnes Wallis consigned in West Midlands Auction House Cuttlestones’ Specialist Collectors Sale next Friday 11th September. The sketch is on the reverse of a ticket issued to Flight-Sergeant R. Scott for the Reunion of Ex-Halton Aircraft Apprentices at Royal Agricultural Society's Old Hall  in London and is framed together with a copy of the front of the ticket and a photograph of Barnes Wallis. Likely to be of significant interest to militaria collectors and those with a keen eye for military history, it carries an estimate of £800-1,200.
Meanwhile, consigned by a separate vendor, is a significant collection featuring the childhood books of Mary Stopes-Roe (Barnes Wallis’ daughter) and her husband Harry Stopes-Roe (son of the famous birth control campaigner and author Marie Stopes). The collection includes books gifted to the couple and originally owned by their famous parents, many with inscriptions and annotations.
It features numerous works by and about Marie Stopes - including first editions of her famous works and proof editions with her own annotations and corrections, many with inscriptions from her to her children and others. For example a first edition copy, in dust jacket, of ‘Married Love A New Contribution to the Solution of Sex Difficulties’ (London 1918) is dedicated “To the Winged One on his 40th Birthday from The Author 18 April 1918”, and carries an estimate of £300 – 500. Also, a book written by her under the pseudonym Erica Fay, ‘A Road to Fairyland’ carries the inscription “To H. V. Roe with love from Erica Fay” (H. V. Roe was Marie Stopes’ husband Humphrey Verdon Roe), while another set of three books were signed by Marie Stopes as a child as presents to her father.
There are also books belonging to Mary Stopes-Roe (neé Wallis) and her mother Molly F. Wallis, some with inscriptions from Molly’s husband Barnes Wallis. A number contain the initials B. N. W., marking them as his own personal copies, as well as inscriptions written by him in books gifted to other family members. The collection also includes more modern publications that the family had provided information for and later received complimentary copies, with dedications from authors and publishers.
The full catalogue is available to view online at https://cuttlestones.co.uk/salecatalogue/WS110920.htm. The auction will take place online via the-saleroom.com and eaylivesuctions.com, with commission and telephone bidding options also available. Any queries relating to the lot should be directed to office@cuttlestones.co.uk or by calling 01902 421985.
View all news 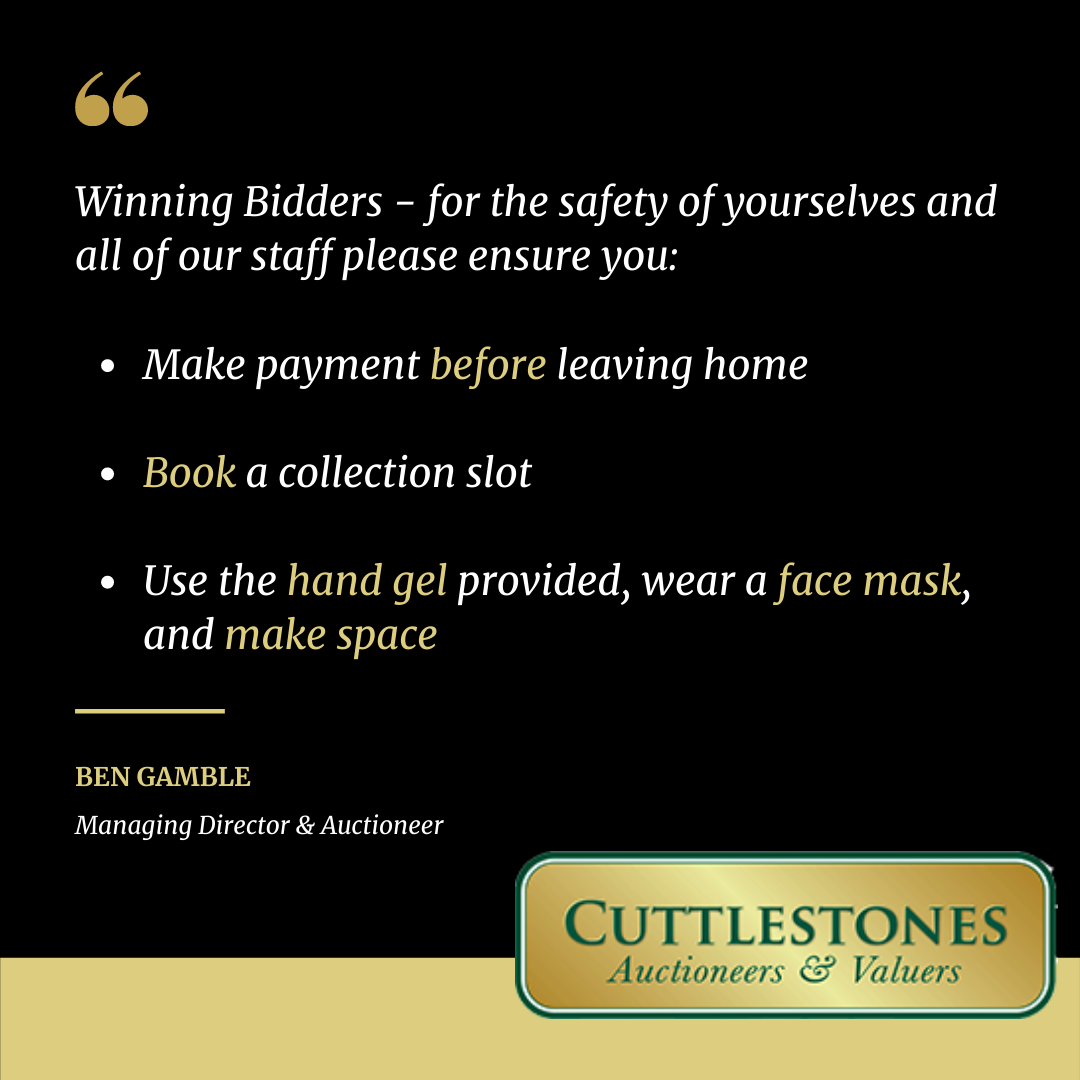 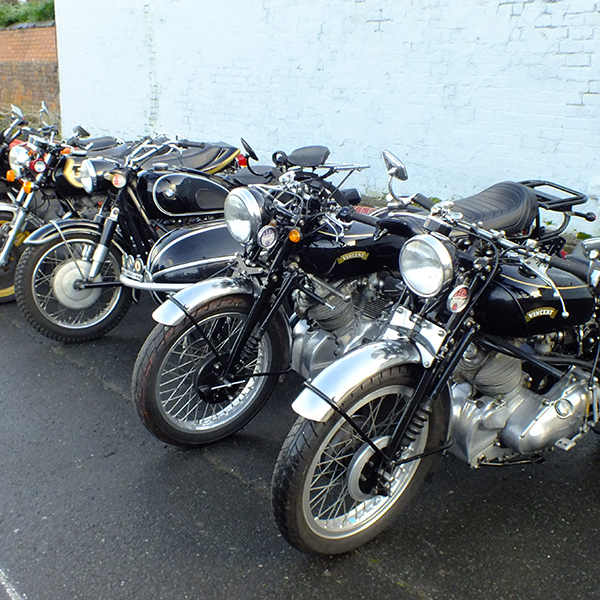 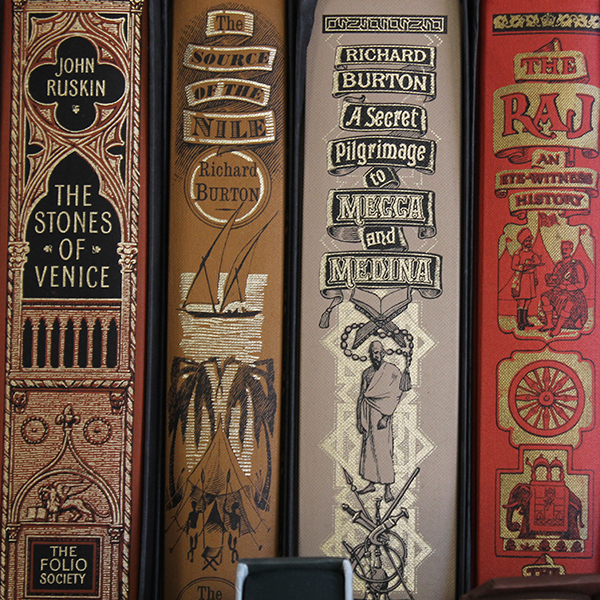