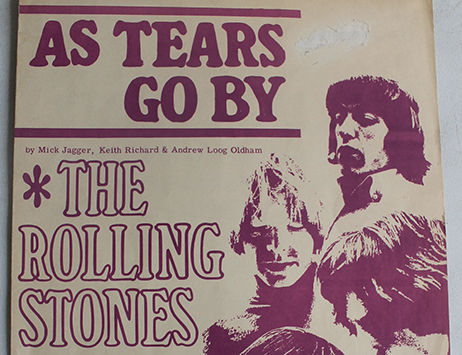 West Midlands auction will be music to collectors’ ears…

Wolverhampton auction house Cuttlestones is currently working through a vast collection of sheet music to collate it into lots ahead of its Friday 6th December Specialist Collectors’ Sale.

The private collection, comprising some 9,500 pieces of popular music hailing from the 1900s to the naughties (year 2000+), was amassed by the late Brian Charlesworth of Sedgley. His widow Susan has consigned the collection, which was a real passion for Brian since he started playing the organ at the age of 49 surprising everyone having been known for his sporting prowess, playing football, cricket and tennis. They travelled the length and breadth of the country buying pieces to add to it, having great fun along the way. Cuttlestones’ valuer Rosie Blackburn, who is cataloguing the collection, says:
“This is an exceptional collection and Brian was meticulous in how he catalogued and kept it. Each piece was put in an individual plastic wallet and then in a box file, each with 100 pieces, and ordered alphabetically by song title. He would not handle it again other than to photocopy it for him to play a piece himself or to pass onto others to play, to save the original. He even had his own special iron and ironing board for flattening them, the mark of a true collector! One of the best parts about getting in collections like this is getting to know the story behind them – it sounds like Brian was a real character and it’s been lovely talking to his wife about the fun they had hunting down and buying new additions.”

The collection covers a number of areas popular with sheet music collectors – notably the cover artwork from 1930s, wartime songs, including cartoon artwork on the covers; early black music; Eurovision songs and 1960s groups - recent printed music can also perform well, because now it is all downloads and the printed examples can be hard to find.

As she sorts the collection and catalogues it into lots, Rosie is discovering new gems on a daily basis – highlights so far include “As Tears Go By” by the Rolling Stones,  one of the first original compositions by Jagger and Keith Richards in 1964 originally recorded by Marianne Faithfull and then by the Stones themselves in 1965,  “Amy” by Nicholls and Gilbert, a piece of music “specially composed for the Home-coming of the Heroine of the England-Australia Flight 1930, Miss Amy Johnson”, some great Eurovision songs including the well-known ones – “Puppet on a String” Sandie Shaw, “Making Your Mind Up” Bucks Fizz, and lesser known ones – the 1961 entry by Brian Johnson “A Place in the Country”.

The ones Rosie is enjoying finding are the quirky titles and songs very much of their time such as “Forty Fousand Frushes wiv Forty Fousand Fevvers Round Their Froats” by Miss Florrie Ford, or “I Was Watching A Man Paint a Fence” by George Elrick.

The collection will be split into a number of lots to go under the hammer during Wolverhampton Auction Room’s next Specialist Collectors’ Sale on Friday 6th December. For more information call 01902 421985 or email wolverhampton@cuttlestones.co.uk

Submit a photo and we'll email you a valuation >> 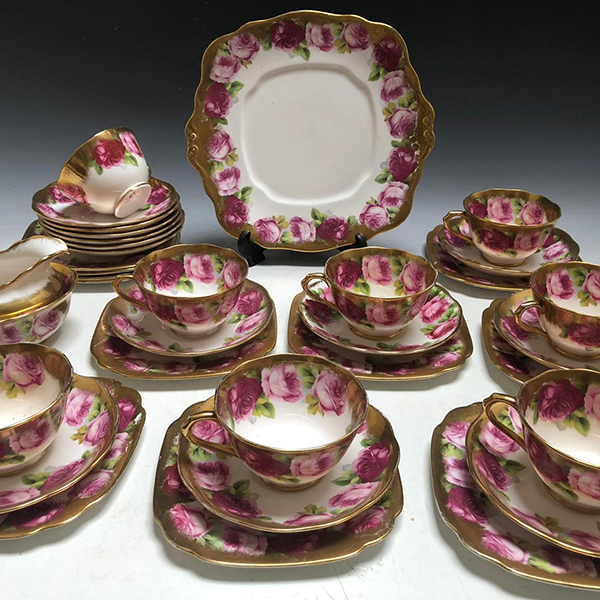 Some week for sapphires! Pendant sells for £11,000 at West Midlands auction…
Read more >>

Lot 360 in our Antiques and Interiors Auction this week contains a classical style figural clock and barometer set.
Viewing is back! By appointment only. Full details on our website: buff.ly/33kWYyC
... See moreSee less

Lot 385 in our Antiques and Interiors Auction this week is an Art Deco Charlotte Rhead Burleighware washbowl and jug.
Viewing is back! By appointment only. Full details on our website: buff.ly/33kWYyC
... See moreSee less

Lot 556 in our Antiques and Interiors Auction this week is a collection of The Beatles LP records and 7" singles.
Viewing is back! By appointment only. Full details on our website: buff.ly/33kWYyC ... See moreSee less

Lot 555 in our Antiques and Interiors Auction this week is an antique one piece back violin for restoration, with bow.
Viewing is back! By appointment only. Full details on our website: buff.ly/33kWYyC ... See moreSee less

Lot 494 in our Antiques and Interiors Auction this week is a gents Tag Heuer Professional Wristwatch.
Viewing is back! By appointment only. Full details on our website: buff.ly/33kWYyC ... See moreSee less

Lot 459 in our Antiques and Interiors Auction this week is an 18 carat white gold diamond cluster ring.
Viewing is back! By appointment only. Full details on our website: buff.ly/33kWYyC ... See moreSee less

Lot 374 in our Antiques and Interiors Auction this week contains four large Wedgwood Blue Jasperware bowls.
Viewing is back! By appointment only. Full details on our website: buff.ly/33kWYyC ... See moreSee less

🎬 NEWSFLASH: BBC back for (socially distanced) filming in the sale room!

The crew BBC’s Antiques Road Trip will be back with us in Penkridge next Wednesday; filming during our Antique & Interiors sale.

While the sale itself will be online, the crew will join us to film the action live in sale room (with all the measures in place to meet guidance for COVID-19) with the footage fed back to the experts in a separate location.

The featured experts will be James Braxton, Phillip Serrell, Timothy Medhurst, Margie Cooper and Natasha Raskin Sharp and episodes are likely to air later this year – look out for us on your telly-boxes soon! ... See moreSee less

Auction prices continue to soar – proving now’s the time to sell!
Against a backdrop of global financial uncertainty, bidders are spending big at auction. We have noticed an uplift in prices across the board – with some surprises along the way.
Full Article: https://buff.ly/318sFbG
For a free, no obligation valuation email photos to valuations@cuttlestones.co.uk or send via WhatsApp to 07949 603872. ... See moreSee less

Hi guys this set was purchased by a foreign bidder against English trade. The bidding is run completely separately by the two online platforms and every bid is legitimate. Trust me we were as surprised as anyone with the trade but it is happening all across the country.....

Wow, has everyone gone mad.

Are there gold sovereigns in the lidded box?